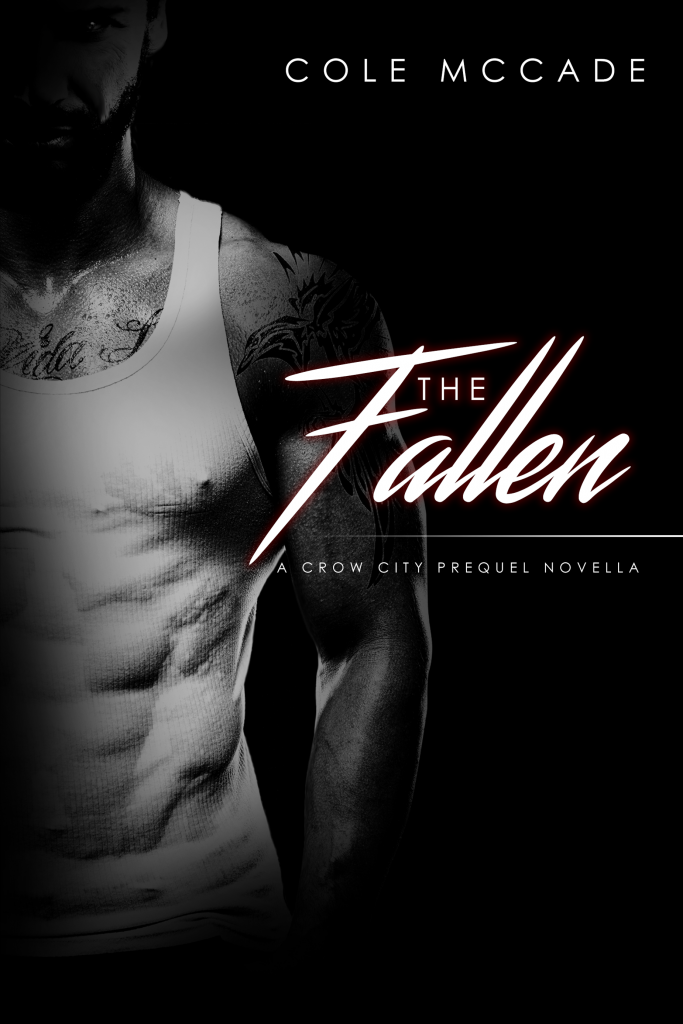 Reconnect with Gabriel, Gary, Maxi, and Crow City in this free companion novella telling the story of THE LOST‘s Gabriel Hart before Leigh entered his life – and get a sneak preview of the sinister Priest, hero of THE FOUND.

Gabriel Hart is a broken man.

And everyone close to him dies.

His military unit. His sister. His parents. Everyone he’s come to care for has been taken from him, leaving him with nothing but a crippling war injury, a Vicodin addiction, and a scraggly, chewed-up rag of a cat. It’s enough to make anyone want to check out. And when he holds his service pistol in his hand and presses it against his temple, for the first time in a long time the world feels right.

But he’s not as alone as he thinks. And when grizzled bar owner Gary challenges him to honor his sister’s memory by repairing her houseboat before he gives up on life, he discovers she left more for him than her belongings. And her letters lead him on a trail through discovering himself, discovering what he truly wants…and discovering that he has the strength to choose his own path.

Praise for THE LOST from Publishers Weekly: “If the romantic character study is a genre, this fascinating contemporary novel is its exemplar. McCade digs deep into the difficult topics of rape, incest, and sexual abuse via the remarkable voice of Clarissa Leigh VanZandt.”

The phone rang twice before that click came, that sound of the line connecting when Gabriel had half hoped it wouldn’t. He didn’t know what he was hoping for. What he thought would happen. And he didn’t know what to say when a familiar voice rolled over the connection, deep and liquid with the fluidly lyrical inflections of a native Italian speaker.

“I never thought I would hear from you again.”

Gabriel closed his eyes. Priest’s voice wrapped him in chains. As long as Priest was alive, as long as one was left, something still bound him to earth.

Even as those chains squeezed the life from him, choking him until he couldn’t breathe. Couldn’t speak.

He had no voice. No words, when he didn’t even know why he’d called.

Because the one thing he wanted to say, save me…

That would never happen.

In the silence, Priest’s low, dark laughter drifted, a breathy and dangerous thing, heavy with sinister promise. With malice. He hadn’t sounded like that before. No. No, he’d laughed with hearty, cynical amusement, the laughter of a man surrounded by people he trusted and cared for like his own brothers and sisters, people he’d sworn his life to. Sworn his humanity to, though they’d failed to protect that.

Gabriel had failed to protect that.

“I know it’s you, Hart,” Priest breathed. “Trying to pull me back from the edge again?” A long silence, and then he made a low, considering sound. “No…that’s not it, is it? You’re standing on the edge yourself. Looking over into the black. Ah, si…it’s so very tempting, isn’t it? Compelling. Seductive.”

Gabriel shuddered. Priest spoke about suicide the way some men spoke about sex, raw and deeply enticing, yet he’d never go down that road himself. No. Not Priest. Instead he’d filled the cracks in himself with blood.

I can’t do that, Gabriel tried to say, but the words wouldn’t come out.

“You know how to ease the pain.” Priest chuckled. “You just won’t do it.”

“There is no such thing as ‘right.’ There is only who deserves pain, and who doesn’t.”

“You don’t get to decide that.”

“Don’t I?” Priest lilted. “Madre de Dio, you’re still so noble. But that is where you and I differ, my friend. Your scars cut away the monster to reveal the man. My scars killed the man…and left only the monster. And the monster understands that sometimes, pain is the only way out.”

“We are all monsters.”

“Then your only options are to watch yourself die slowly—or finish it quickly.”

“Believe me,” Gabriel whispered, “I know that already.”

Again that laughter. That sick, darkly seductive laughter that didn’t belong to the man Gabriel knew. The man he’d loved like his own blood. This was the laughter of the grim reaper, reaching through the phone to wrap dry bone fingers around his neck.

“Look at you. Still sacrificing yourself for your country. Semper fi was never meant to be so literal, Hart.”

He ground his teeth and hissed, “Maybe not to you.”

“You and I are different breeds.”

“I didn’t do this to myself,” Priest growled, that voice deepening abruptly, the snarl of a wolf backed into a corner, hackles up. “This was done to me.”

“But you chose what to do with it.”

“Yeah.” Gabriel opened his eyes, pulled the phone away, and ended the call with a swipe of his thumb. His fingers went numb, and he dropped the cell, carrier of hateful messages, onto the counter next to the Sig. “Yeah, you did.”

Every time I look at this site there’s someone else screaming that my right to exist in my own skin as a trans person is an abomination; an offense to their right to exist. Even people who are supposedly on the same side, on the left.

Few questions annoy me more than “Have you ever considered you might have this [mental or physical medical condition] that you have already been diagnosed with and are informed about and managing quite well, but that I, an internet stranger, assume you know nothing about?”

Go to Google. Type cat. Click on the paw icon. Then keep tapping the screen.

I’m not writing much right now except for client work, but in what I am writing I’m trying to like…retrain myself out of my serial comma abuse.

I suddenly noticed it one day and now I can’t unsee it, so I’m trying to fix it.

Brain: Story idea. MC is given the power to destroy the world. They wake up able to summon Nibiru, and they have to work through the moral quandary + their bitter, conflicted feelings about humanity.

Me: does this person have depression

Brain: so 500-word flash fiction, got it