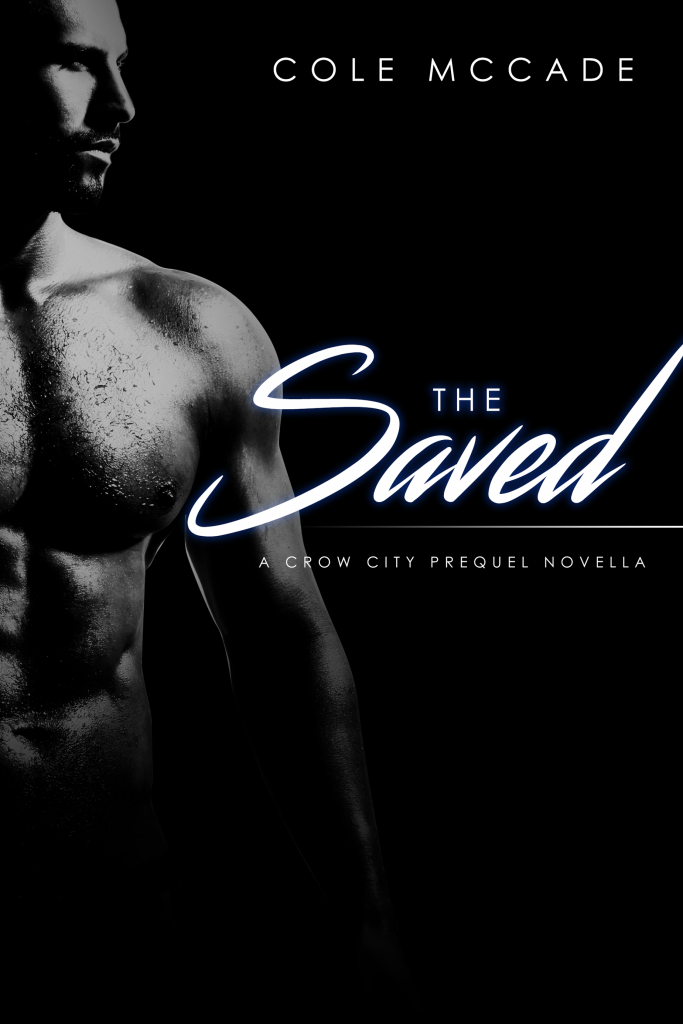 For it is the blood that maketh an atonement for the soul. – Leviticus 17:11

Before he was a mysterious, silent killer stalking the streets of Crow City, the strange man known as Priest (THE FOUND, Crow City #2) was a lost and broken soul—and part of Willow Armitage’s world in ways she could never have imagined. Shattered by the Afghanistan War, left with no companions other than fellow survivor Gabriel Hart (THE LOST, Crow City #1), ex-Marine Priest turns to his lost faith for answers when his life has lost all meaning…but in searching for his God, he finds a new religion. A religion of blood. Of pain.

And from that religion rises a mission to replace everything he had lost, to set right just a few of the small wrongs in the world…and to ease the constant bleeding of his broken heart, filled with sins without number.

Revisit Crow City and meet Priest as he was before the fateful night that brought him into Willow’s life…and reconnect with beloved names and faces as we discover what—and who—set him on his dark and merciless path.

Trigger Warning 18+: This story depicts scenes of graphic violence, as well as dealing extensively with the subject of PTSD in veterans. Contents may be triggering to some readers.

Purgatory came in gray-washed flashes: faint bursts of pain, then darkness again, alternating in and out until it was a strobe lighting occasional glimpses of walls, of street lamps, of concrete streets and car seats and shadowed, moving figures that spoke in a language Vin didn’t understand. He thought he laughed, at one point, as he wondered vaguely if Charon had modernized, and replaced his ferry with a late-model sedan—for surely these were devils, ferrying Vincent to his judgment and either eternal torment or eternal rest.

He didn’t think he deserved rest.

Yet it came in increasing periods of blackness: freedom from the pain, as he sank into the dark again and again, and finally didn’t come back up. Somewhere he was aware of the sounds of cars, not so very far away, rolling through some dark highway of the damned but growing quieter and quieter, fewer and farther between, further and further away. The pain was a grinning thing crouched on his chest, a weight pressing him down, the only awareness of his body a dull hot knot of agony; his arms and legs seemed to have vanished into a kind of thick, lethargic mist.

Deep down, he knew this wasn’t purgatory. Wasn’t any kind of afterlife. He wasn’t dead yet, but he was getting there, and he thought the grit under his back was pavement. He’d been dumped in the street to bleed out, because that was the ending of a Greek tragedy: the hero dead, the damsel sacrificed, and if he tried to save himself he would only bring down the wrath of gods older and more vengeful than the one who had stopped answering his prayers years ago.

He wanted this, he thought. Just like this. One last burst of bright scarlet emotion to remind himself he was human…and then an end to it all. Quiet. Peace. A darkness where he could no longer feel pain, no longer feel loss, no longer feel anything at all.

He’d earned this, both with his suffering and his failure.

Bless me, Father, for I have sinned.

A soft sound scuffed close by—too close. Right next to his head, the noise oddly loud, painfully so. He winced, and forced his eyes open. The light of street lamps spilling into the close walls of the alley nearly blinded him, searing…until someone bent over him, blocking them out.

Through hazed vision and trembling lashes, he glimpsed a pale, lined face, narrow and graceful, with dark eyes and a soft, full pink mouth below the strangest, most whimsically curling moustache Vin had ever seen. Dark hair fell across a high, smooth brow that wrinkled in confusion as the man tilted his head, blinking quizzically at him.

“Well hullo there,” he said, his voice rolling, ringing, resonant. “What do we have here?”

Me: *rereads his own Twitter feed for the last few months*
Me: *squinks up face*
Me: …I’m doing so much better on the antidepressants, but goddamn all I ever do is post depressing shite.

Here’s my not-so-vague publishing tweet! I’m going to have a book out in the world! I am screaming on the inside and outside!

At least five attacks at electricity substations in Washington and Oregon, including two at Puget Sound Energy substations, have been reported to the FBI in recent weeks. https://st.news/3P9aHyl

Autism Speaks- A charity that advocates for eugenics.

Easily support even more of the causes you care about around the world, without Twitch taking a cut.

Learn all about it: https://twitch.app.link/KG9sJxabcvb

FYI my email is dead for a bit, if anyone is trying to reach me. GoDaddy migrated all email to Office365 and I have to reconfigure both my personal and professional email addresses on multiple devices to be able to log in and synch across devices. Should be fine by tomorrow.