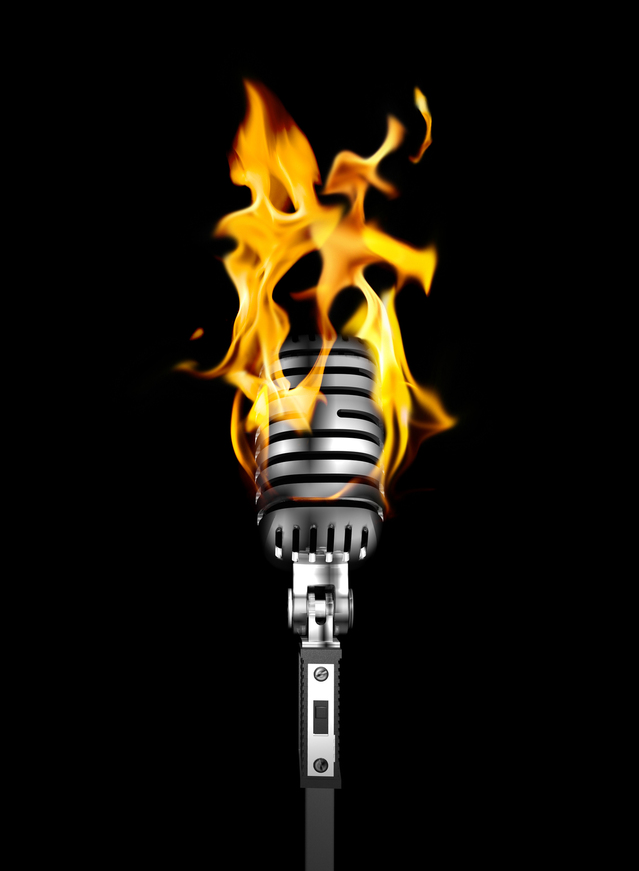 So I have some thoughts about a recent mess in Booklandia, and I need to get them out somewhere other than Twitter, as I need to be able to explore this in a more cogent fashion than 140-character soundbytes. Because I’m feeling some kind of way about things right now, and it’s really starting to eat at me.

In case you missed it: a beloved YA novel was optioned for film. A beloved spokesperson for proper representation of Native American and indigenous peoples wrote up a valid critique of the problematic appropriation and inaccurate depiction of Native tribes and stories in that book, which was written by a white author. A person who is at once loved and hated in the general mass community surrounding books, fandom, and POC and queer rep tagged the author in RTs of the critique. Friends of the author and fans of the book began subtweeting rampantly, as they felt this was a hostile act of bullying and shaming that they understandably wanted to protect their friend from, though I didn’t see the tweets so I don’t know if this is based on that person’s reputation or on something else inherent in the tweets and how they were done. All I know is this:

By the time it spread beyond that small circle of people, those tagged tweets were gone. Deleted.

And since everyone was subtweeting and continued subtweeting without speaking directly of the issue or the person they were talking about, what I and many other people on Twitter–including many other marginalized authors–saw was a group of beloved, respected white YA authors who have often spoken out staunchly in allyship…suddenly making really horrible comments that put down any person from a marginalized group who spoke out, or who resisted tone policing, respectability politics, or the many other tools of discourse used to keep marginalized people in line and control the discussion.

There was something about internalized misogyny. There were references to Genghis Khan (and my part-Chinese butt was not amused). There was the general and oft-repeated statement that “if you’re always angry, if you’re frustrated, I’m going to stop listening even if your pain is valid, because I don’t like anger.” (Though that’s a fraught issue. There’s the matter of personal mental health, spoons, etc. So that’s something you take on a case-by-case basis; I understand when someone is triggered or exhausted by anger and needs to practice self-care, but not when someone just shuts down because they don’t want to confront their own privilege.) There was talk of human decency as if, by default, how POC express their pain is inhuman and indecent. There were explicit demands that marginalized people follow discourse on a path approved by people in positions of privilege, basically telling marginalized people what to do and how to speak if they want to gain recognition. There was snark about respectability politics, and more snark about “But where were you for [X marginalization]?” There was coded language like “toxic” and “rage-a-holics,” which can be really, really harmful to marginalized people who are accustomed to having even their calmest words seen as aggressive, hostile, abusive, threatening when they’re just trying to live. Overall there was a lot of stuff that, without context, was just mind-boggling and hurtful and strange when shaped around a discussion of someone pointing out that a book is problematic.

So I’m not here to critique the book. Deb Reese did that quite well, and her critique was valid and reasoned, and yes, I think readers should point out when a book, author, and publishing house fuck up on the representation front. I’m also not here to judge the person who tagged the author in the tweets. And I’m not here to judge the author, though I find it interesting that people defend her as a good person who made a mistake, but didn’t stop to think maybe the tagger made a mistake and deserves the same forgiveness after she recognized what she did and deleted. One harmed entire nations and tribes of people with a widely consumed inaccurate depiction in popular media. One harmed one person with an ill-thought act on social media. But as Dylan St. James says so eloquently, one gets the benefit of the doubt for being “a good person” while the other doesn’t.

What I’m here to talk about is that to anyone watching–and there are thousands watching, readers and fellow authors–what was said was seen as an overall critique of POC (and marginalized people in general) for speaking out about their pain. Especially when the coded language started; especially when the critique of how discourse is initiated and expressed started, from people who have no idea of the pain that POC live with every day or how it builds up to the breaking point until you’re on the verge of screaming all day, every day, and it’s everything you can do not to start crying in public somewhere. Without context, without those deleted tweets, we saw nothing but subtweets of popular authors being really, really nasty toward marginalized communities, to the point of accusing marginalized people of playing respectability politics and mocking them for critiquing a book that hurt them.

I’m not gonna lie. I came close to hyperventilating.

Because without context, every last one of those tweets could be about me, and about many other marginalized people I love. I speak sometimes gently, sometimes with humour, sometimes with passion, and suddenly I wondered if I was a “rage-a-holic” because even if I’m not angry all the time, sometimes I am when the frustration hits the breaking point. I wondered if the many times I’ve spoken about problems with being POC and queer have somehow left a black mark behind, because I didn’t speak in the approved way. I wondered if I should stop speaking at all, because apparently silence is better than ever pointing out “Hey, this is problematic and it hurts me and other people.” God knows I’ve been burned on that point before, and dealt with the retaliation.

I had a goddamned anxiety attack, basically. Triggered as hell, open-mouthed, hollow-eyed, emotionally wrung out and shellshocked…because all of the things being said, all of the derailing and snark and coded language, came from the same toolbox as the kind of internalized racism that people express constantly and aren’t even aware of. If you use a hammer as a nutcracker, you may be using it in a different way, but that doesn’t change that its original purpose was to bludgeon things into place. (God, that was a terrible extension of the toolbox analogy.) I still have a sick ache in the center of my chest, thinking about possible backlash of posting this. But in trying to figure out why people were attacking Deb Reese for bullying someone (they weren’t) I ended up exposed to a lot of popular white YA authors saying things that made me feel small, that made me feel targeted, that made me feel like I should keep quiet and shut my mouth as a queer man of color; several others I spoke to felt the same, as they watched from the sidelines and with every comment, shrank smaller and smaller and felt more and more afraid. It also made me terrified of the fact that I’ll likely be branching into YA soon, and the kind of environment that I can expect to find. And it confused me and left me hurt and betrayed, because some of these people are friends, or friends of friends, that I usually trust to be woke.

But somehow in talking about one person, many of them slipped into language that encompassed and affected a lot of marginalized people who are too accustomed to being silenced, tone policed, belittled, pushed aside, and judged harshly just for existing.

Because they were all having a conversation with each other, and forgetting that conversation is shared with the world, and many people are watching.

Look, we all love a good subtweet. God knows I do it sometimes, often when there’s someone I want to call out on their racist, homophobic, transphobic, misogynistic, ableist, etc. mess but I don’t feel like getting in a direct confrontation. And god knows I’m not going to tell anyone what they can and can’t tweet. But when you have privilege and a large audience, when for you respectability politics is punching down hard to maintain control of the discourse while for marginalized people respectability politics is trying to demand some human decency in the face of centuries of derision…sometimes you have to remember that without the context of your subtweet, you may be saying things with the power to hurt a lot of people. People who aren’t in on the joke. People whose only knowledge of you is what you’re putting out publicly. And here’s the thing. What was so shocking is that Deb Reese is a Native / indigenous woman, and so without that critical bit of information it read like attacking her for speaking as a non-white woman about issues impacting her and various Native / indigenous communities. It wasn’t. But then you have to dial back and think that the person they were talking about is also a woman of color. And whether she was wrong or right for what she did, centering criticism of what she did as a person on racial matters and issues of racial politics that way reflected some ugly things that might still be ugly with or without context.

And just because you know what you meant and maybe one or two other people might be in the know doesn’t mean you shouldn’t stop and think about what you’re flinging out into the world, especially when it’s centered around nuanced issues affecting marginalized communities.

Going to try shutting social media off until the end of March because I want to see if I can do A Thing. Will peek back in with ARC/release announcements, but not much else.

Unless the industry explodinates itself again.

I am so ridiculously fixated on Harlequin Manga’s romance comics.

They are…they are a special, wonderful kind of bad. So terrible, it’s amazing. And enthralling. And just bizarrely enjoyable fluffy WTF mess.

(Art’s actually pretty good, though. Just. The rest. THE REST.)

People really dislike when you hold them accountable for their own actions.