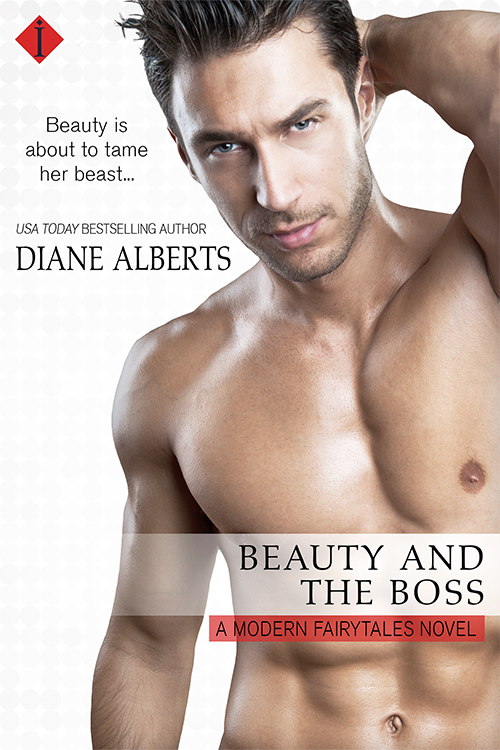 Today we are revealing the cover for BEAUTY AND THE BOSS by Diane Alberts. This book is being released by Entangled Publishing’s Indulgence line this November. Check out the blurb below.

Researcher Maggie Donovan has no luck with men, and it doesn’t help that she can’t keep her eyes off of her sexy boss – the one everyone else in the office calls The Beast. Relationships in the office are forbidden. So no one is more surprised than Maggie when she pretends to be his fiancée to save him during a difficult situation. Not only has she put her job on the line, but the future of the company.

Billionaire Benjamin Gale III doesn’t believe in love or romance, but the look on his mother’s face when Maggie tells her that she’s his fiancée is worth millions. Instead of firing her for her insubordination, he goes along with the ruse. In his arms–and in his bed–she’d be everything he could ever want…which is why he can’t have her.

But if he doesn’t let her go, they’ll lose everything…

CLICK HERE TO ADD BEAUTY AND THE BOSS TO GOODREADS.

Diane Alberts is a USA TODAY bestselling Contemporary Romance author with Entangled Publishing. Under the name Jen McLaughlin, she also writes New York Times, USA TODAY, and Wall Street Journal bestselling books with Penguin Random House. She was mentioned in Forbes alongside E. L. James as one of the breakout independent authors to dominate the bestselling lists. Diane is represented by Louise Fury at The Bent Agency.

Diane has always been a dreamer with a vivid imagination, but it wasn’t until 2011 that she put her pen where her brain was, and became a published author. Since receiving her first contract offer, she has yet to stop writing. Though she lives in the mountains, she really wishes she was surrounded by a hot, sunny beach with crystal clear water. She lives in Northeast Pennsylvania with her four kids, a husband, a schnauzer mutt, and four cats. Her goal is to write so many fantastic stories that even a non-romance reader will know her name.

Why I love my Discord writing GC:

When explaining the lore behind this zombie story I’m working on and how the revenant monster LI retains his human consciousness despite being mutated, the first question is, “Okay but is fucking infectious?”

This Jelani situation not sitting right with me. We need to know the cause of death ASAP. Also they discovered the body September 4th how did it take so long to identify that it was him? This entire situation BEEN fishy