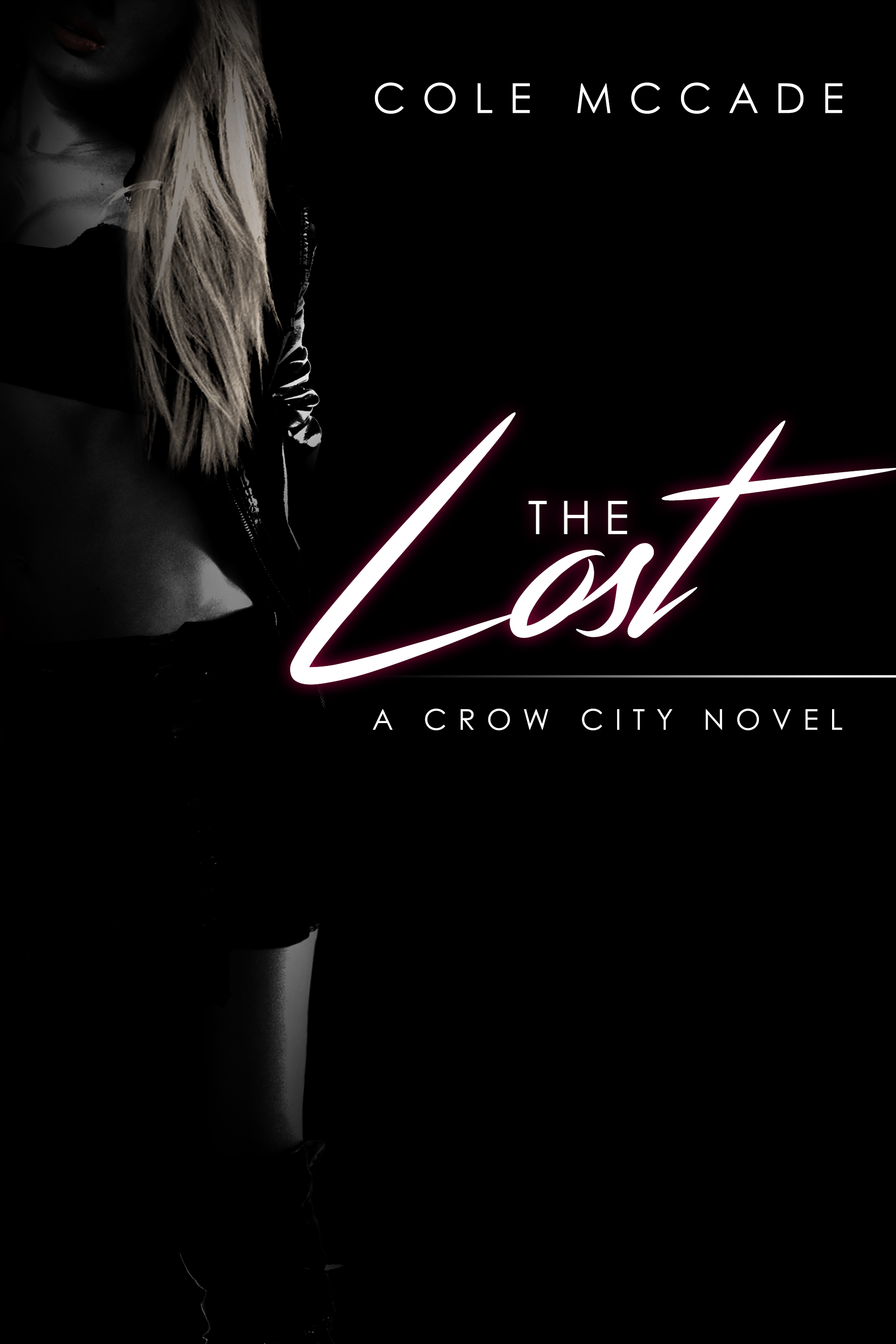 So if you missed the flurry of tweets, Facebook posts, and everything else…The Lost, the first book in my Cole McCade: After Dark erotica imprint, released today. I’m beyond excited, relieved–there are no words. This story was festering inside me like an infection of sweetest poison. Cutting it out of me left me bleeding, but it was worth it. Right now you can find it on:

Kobo will be live soon; I’ll add that link then.

What I really wanted to talk about in this post, though, is something a little more serious. Something I’m taking out of The Lost to share here, because it’s something important to me. Something that drove much of this book, and even changed how I felt about the book and the goal I had in writing it as the plot developed. What I’m copying below is the afterword included in the book, at the end of the novel.

After the trigger warnings at the beginning of the book, it may seem strange that I’m having trouble figuring out the best way to talk about this. The best way to talk about domestic abuse, violence, emotional abuse, dysfunctional relationships, everything dark that we often don’t like to think about in our happily-ever-afters. This is something that’s ridden me throughout the book, and I’ve been trying to work out what to say about it, and how to address the dichotomy between what I write for titillation purposes and what I believe in real life, especially when you consider that what inspired this story was a realization that moved me to tears:

The fact that nearly all of my female friends have been the victim of sexual predators—often family or other trusted adults who targeted them at a young age, hurt them, took away their ownership of their bodies and their agency, and changed the way they see themselves forever.

Still more have been victims of domestic abuse, and felt as if they had nowhere to turn because they’d been taught this was normal, and conditioned not to talk about their problems.

You may know that I wrote a short story, Sometimes It Storms, in the award-winning Winter Rain charity anthology—a story about a male survivor of child sexual abuse. Proceeds benefited RAINN, the leading national provider of support and resources for survivors of rape, incest, and abuse. There was nothing titillating about the abuse in Sometimes It Storms. It was painful. It was ugly. It was traumatizing. I saw one reader say it was so dark mine was the only story in the anthology that she had to put down (and I’m sorry for that). This is a thing I tend to treat with gravity, not to mention I talk about the psychology of abusive relationships rather often. I condemn all forms of abuse.

And yet here I am writing a book that needs a trigger warning before you even get to the first page, with multiple potentially damaging and disturbing things described in a sexualized fashion.

We all know that fantasy is not reality. We know that enjoying Leigh’s fixation on a bruising touch, her Daddy issues, and her need for borderline non-consent does not mean we condone the man who beats his wife. Or the husband who thinks “I do” means “yes into perpetuity” no matter if she says no or how much she resists. Or the father who looks at his budding teenage daughter just a little too long. Or the boyfriend who uses cutting little comments to reel a woman in and keep her always guessing, always doubting herself, always under his control. When it comes to our fantasies, we know very well where the dividing line is between that and something imaginary concocted for pleasure’s sake.

But at the same time, we run the risk of normalizing some very damaging things when we dismiss it as just fantasy. We risk trivializing; risk minimizing; risk discarding people for whom this isn’t a story, but a painful and traumatic reality with nothing pleasurable about it—and walking away from that kind of situation isn’t as easy as people so often think. We live in a culture that takes delight in painting girls as knowing, seductive adult women who knew exactly what they were doing, and uses the Lolita myth as an excuse to both objectify young girls and to make that objectification their fault. It’s a pervasive mindset, and it’s difficult to even recognize, let alone escape, before we even get into the difficulty of recognizing and escaping abusive relationships.

There’s a site I like to read called “Your Fave is Problematic.” It calls out celebrities for saying and doing horrible things and keeps a long-standing record of accumulated receipts on particular prominent people, but it doesn’t expect anyone who reads it to stop liking those people because they did one thing wrong; because they were human and fallible and possibly ignorant (though I won’t say some people don’t deserve to be shunned—I mean seriously, Mel, a pack? Not a gaggle, not a flock, not a gang, but a pack? And you know what else you said). But the point of it is not to condemn what you love, but to acknowledge what you love for what it is. You can love something and yet acknowledge that it’s got issues. Just ask the Supernatural fandom, or bring up the Bechdel test in relation to pretty much anything in popular media. There are issues. Big ones.

But it’s acknowledging those issues that makes a difference.

So I’m going to acknowledge right now: my book is problematic. It may present Gabriel Hart as the better option, but that doesn’t mean he’s a good option even if he may be an exciting fantasy. His assumptions regarding Leigh’s desires where consent are concerned are deeply problematic because, even if he turned out to be right as part of that connection they have where he gets her, he didn’t explicitly ask her first—and that only works in a fantasy where we have the implied contract with the reader that says the better option will turn out okay and will be and do what the heroine wants, when in real life the better option may just be the lesser of two evils rather than the dangerous yet honorable man who’s never a true danger to our plucky protagonist. I’m owning that for what it is, and owning the flaws in what it portrays.

When you recognize that the thing you love is problematic on a social and cultural level, it doesn’t ruin your enjoyment of it. It doesn’t make a critique of that thing into a personal critique of you. It just makes you more self-aware. It can help you understand why you enjoy it even more, and might even prompt some food for thought when you look at what makes it good and how it relates to the problematic elements. But more than anything, it makes you respectful, and cognizant of the fact that this thing you love portrays some issues that really shouldn’t be taken lightly; issues that can be damaging to many people. It makes you more compassionate, so that your pursuit of fantasy doesn’t trump others’ need for sensitivity and understanding.

And I’ve found that acknowledging “Yes, I’m getting off on the fantasy of an abusive power play and I acknowledge it is exactly that” goes a lot farther than shouting “You just don’t get it!” when the subject is brought up.

Acknowledge. Respect. Own it. Love it without shame anyway without demeaning the people who don’t, the people for whom this hits too close to home. And while you’re loving it, check out these organizations that do more than just respect victims of abuse; they help them.

I do not recall a single solitary one of us sending for you, ma’am.

Black Twitter is pissed at Nate Robinson.
The memes are um, rough.

if this news really does it for ya, lemme introduce you to my girl Taze! 😎🌻🏈
https://www.candicemontgomery.com/home-and-away
i wrote a book about a girl who plays football on her high school team & in my mind she’s at a D1 college now, kicking ass on the field there too. #sarahfuller https://twitter.com/sportscenter/status/1332759578027683842

(Also just a tiny daily Beni update: he’s still fine, still energetic. No coughing or congestion, which would be worrisome signs. His resting breathing rates are in safe range, and he’s being so good about taking his daily pill to prevent blood clots. ❤️)