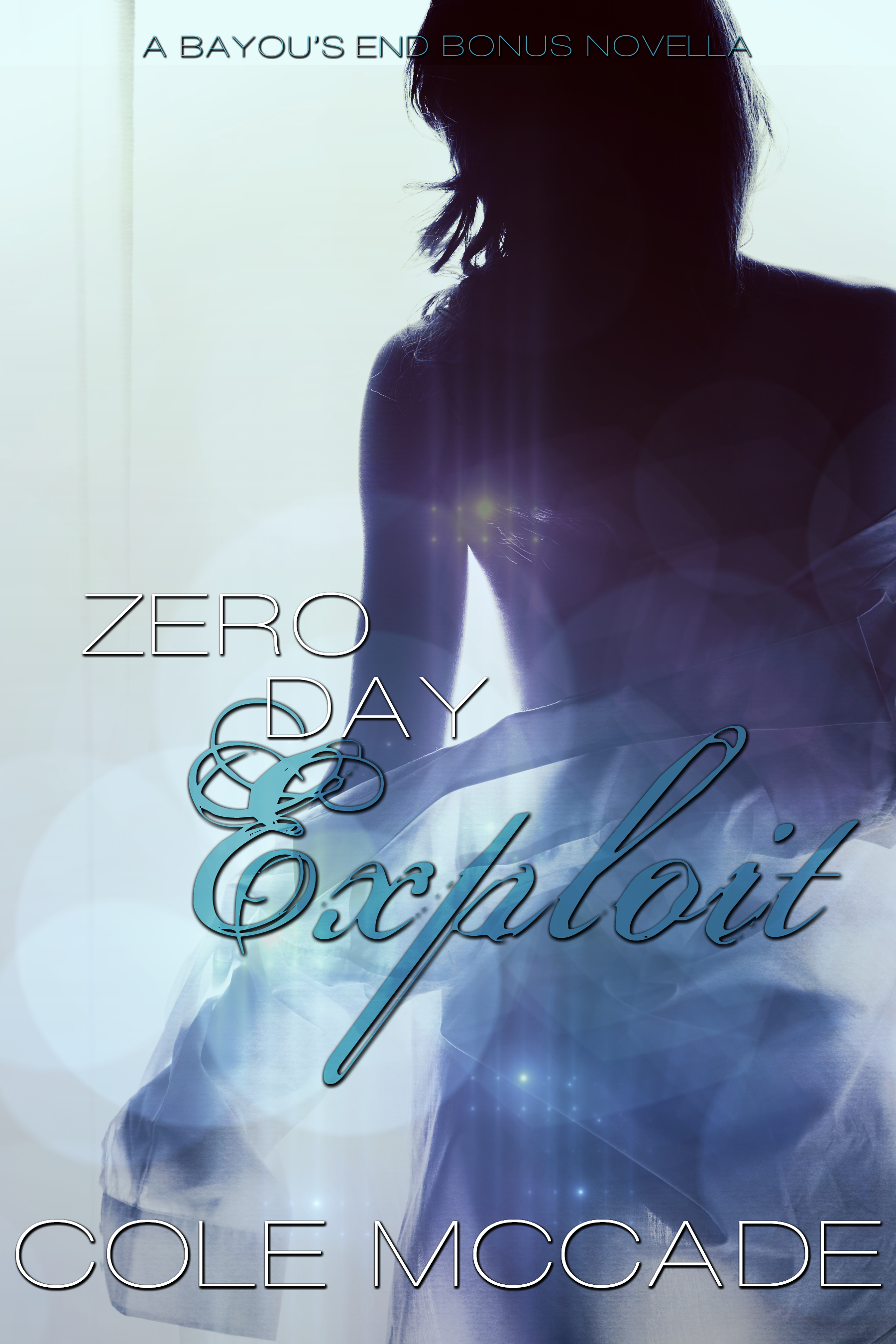 For a little bit of a late Christmas present… In this side story to the Bayou’s End series, Ion Blackwell’s (A Second Chance at Paris) younger sister Zoraya gets a rude wake-up call about her life, her career, and her love when a one-night stand turns out to be more than she can stand. Download for a sneak peek into the Blackwell family, and teaser hints into the story of Ion and Celeste.

Read the first chapter
Download the full book free until 01.18.15
.mobi (Kindle) | .epub (pretty much everything else) | .PDF (in case nothing else works)

zero day exploit (noun):
1. An attack that penetrates a previously unknown vulnerability in a computer or system.

2. The kind of infuriating, manipulative man who gets under your skin and refuses to get out. And now, a one-night stand may turn out to be the biggest mistake of Zoraya Blackwell’s career.

And thank you so much to everyone on the McCade’s Marauders street team for helping me test device compatibility and formatting. I’d have been a wreck without you, and you have no idea how much I appreciate your help.

Just a little over two weeks until A Second Chance at Paris. I am in this bizarre zen place that I think comes from hyperventilating until oxygen deprivation makes everything go cloudy. I’m allowed to stop being Grumpy Cat long enough to be excited, right? Especially when I have lovely things to give away. Like Celeste’s keychain. And her necklace. And other fun little bookish things, too. I’ll be posting pics soon.

It probably seems a little weird that ZDE is #1.5 and not #2 when it’s a full-length novel…or #1 when it’s coming out ahead of Paris. There’s a method to my madness, promise. The series centers around these families that are united by having grown up in or connected to the fictional Louisiana town of Bayou’s End, hence the name of the series. But ZDE never actually takes place in Bayou’s End at any point; it’s just mentioned briefly, but the whole story is set in New York. It’s also set sequentially after Paris, and when Paris comes out will be included as a bonus feature at the end of the novel. So. I do know how to count and I’m not crazy, promise.

…okay. I’m crazy. But not for those reasons.